What’s going to make you, your family and your coworkers more likely to actually stick to your New Year’s fitness and health resolutions? That’s the question BurnAlong’s co-Founders Daniel Freedman and Mike Kott set out to answer with their founding of BurnAlong last year.

The answer, as it turns out, is to find motivation from the people around you, whether it’s your local personal trainer, or simply a friend, family member or coworker. As Daniel tells interviewer and marketing guru Len Markidan, research shows that people are 65% more likely to achieve their fitness goals if they involve someone else. That’s why on BurnAlong – available via computer, smartphone or tablet – members can take classes online on-demand, and invite others to join them in live private workouts. By partnering with local gyms and studios to film and upload their classes – rather than competing with in-person gyms, as most online fitness companies do – BurnAlong is poised to transform the digital health and fitness market.

BurnAlong is available for anyone to sign up at their website, or on the Android and Apple app stores. Additionally, companies looking to offer BurnAlong as part of their corporate wellness plan can get more info on the site. Organizations using BurnAlong include the Baltimore Ravens, The Ulman Cancer Fund for Young Adults, BlisPay RESE Title, Clearview., and Brown Advisory

Daniel started his career as a journalist, writing for publications like the Wall Street Journal and co-authoring a New York Times top-10 bestseller, before moving to the policy world, working at places like the United Nations. Kott, his co-founder, started at Black & Decker before joining Bill Me Later, which was acquired by PayPal for $1 billion.

If the psychology of motivation is of interest, and fitness important to you, you’ll enjoy this interview.

LEN MARKIDAN: I’m Len Markidan, a marketer here in Baltimore and it is my honor to interview Daniel Freedman. Daniel is the co-founder of BurnAlong, a fitness software company. Daniel, what is BurnAlong?

DANIEL FREEDMAN: BurnAlong helps people exercise and stay healthy by connecting them online through video to their favorite classes and their friends when they can’t get together in person.

Thank you for sitting down with me today. I’m excited to pick your brain, learn from you myself, and hopefully tease some valuable insights out of you that everybody can learn from.

Terrific to be here. I hear you’re a legendary interviewer.

I’m all right—this is my first time. So, Daniel, you are not a traditional, as they say, software founder. You didn’t start as a developer, you didn’t come through Silicon Valley. What is your background?

I started off as a journalist. I used to write for the Wall Street Journal, Forbes, and other publications. I then spent some time in policy, working in places like the US Senate and United Nations. I spent five years at an intelligence consultancy, working with governments and companies all over the world. And then I moved to the technology space, first at an HR tech company, and then founded BurnAlong with Mike Kott, my co-founder.

Mike’s a product expert and user experience expert. He started out at Black & Decker. He was then at Bill Me Later, which was a very successful startup here in Baltimore that was ultimately acquired for around a billion dollars by PayPal, and he headed product for credit for North America for PayPal.

Mike makes perfect sense to me, as the guy co-founding BurnAlong. How does a journalist with a very, very esteemed pedigree—somebody who’s worked for the Senate, who’s had all these very traditional journalistic positions—how do you find yourself founding a tech startup?

Well, if you look throughout my career, I’ve always had an interest in human behavior and motivation and asking if I don’t understand something, why? So all the different things I have been involved in, different products I’ve launched, has always been there seems to be a problem that isn’t a solution, and we ask why. That’s why really we came to BurnAlong. Really for myself, I found myself getting out of shape, struggling to find a motivation, tried all these different online options. It didn’t work and I thought, “Well, there has to be something better. What really motivates people, and what would motivate me?” And that’s how it started.

Interesting. And how did you decide that that thing would be BurnAlong?

It really came to two things. What I saw motivated me was when I had a friend there with me saying, “All right, let’s do this,” because otherwise, after a long day, I’m exhausted and I’ve got a choice between a one-directional exercise experience or the movie channel, I would just change the channel, switch on the movie channel—there’s no one saying, “let’s stick with it.” But when I had a friend—and, you know, I’m a soccer player—I had a friend saying, “all right, we’ve got a game,” or “let’s go kick around a ball,” I would do it. Or, if I was in a local gym or studio and there’s an instructor waiting for me, I would turn up.

What we saw was there was this big gap where, at home, you’ve got no connection to your friends and your favorite instructors, who are really the people who motivate you and hold you accountable. As we dove more into it is, spoke to tons of people, and it’s the text groups, they’re on the WhatsApp groups just holding each other accountable, that keeps people going. And there’s fascinating data behind it: for example, a couple that goes to the gym together, if they work out separately, there’s a 43% attrition rate. If they work out together, it’s 6%. There’s a huge amount of research behind the power of social motivation, and that’s what BurnAlong gets into: camaraderie and accountability.

So, I will skip my own gym sessions all day, but I will never look bad to my wife and not go to the gym if I told her I’m going to.

Right, and if someone there is waiting for you—whether they’re waiting for you in person or they’re on the screen—you’re more likely to show up, because you’d feel guilty if you wouldn’t.

On paper, it sounds like it makes perfect sense. I think every founder goes through hundreds probably, dozens if not hundreds, of experiences where they are getting their startup off the ground and they hit a roadblock and they think, “this is not going to work.” but almost everyone that succeeds, at some point they’ll hit one or two moments where they think, “oh yeah, this is going to be something.”

Yeah, the big moment came for us where one of the big questions… So, BurnAlong’s model is we partner with gyms and studios across the country—we’re now at more than 300 gyms and studios—and they put their classes on to our platform, and you can access that whenever you want, and you can invite your friends to join you live if you want—so, either work out on your own or with others, but you’ve got these local options. We had a lot of assumptions, but we didn’t know: Would gyms and studios partner with us, and was this scalable? Really, that moment came for us—and it was really two moments—when the first gym and studio said, “I love this! This is what we have been waiting for. I’m putting my classes onto BurnAlong. I’m telling my members, my local community, all about BurnAlong.” That was number one. And then number two: when we started signing 10, 20, 30, 40, 50 gyms a month as partners. That was really the moment.

Unlike just about any fitness app that’s out there or any fitness software company that’s out there, you guys are taking the two-sided platform approach. There are a lot of fitness apps where I can look up workouts, I can look up different programs that I can just work out with, but you’re reaching out to the gyms. You’re getting the gyms excited and they’re getting their members on board. I think this is a really smart plan. I would love to hear a little bit more about it, because it’s not getting easier to market a gym, is it?

Right. What it comes down to is the traditional approach to online fitness, or saying, “forget the gym—you can do everything from home,” which is obviously not great for a gym for their members to be hearing that from home, but more fundamentally is that we just don’t think that’s what people want. Because, all right, imagine we are here in Baltimore—don’t imagine—we are here in Baltimore, and imagine that if I said to you, “You know what? You can go see the Ravens in person, but at home, watch the Patriots, because football is football.” I’d probably get kicked out of Baltimore for saying that, right?

You love your team and that’s what you want to see from home. And it’s the same with your favorite artist. Whoever your artist is, imagine if I just told you, “music is music.” When it comes to fitness and motivation, what’s happening right now is instead of you being able to watch your favorite local instructor and do things with your friend, you’re told just watch these five people from New York who you’ve got no connection with. That’s really what BurnAlong taps into: extending those connections like you see in sports, like you see in music—like Spotify offers you a choice of more than two million artists you can listen to from home; they don’t say, “here are the five best musicians in the world,” or “our opinion of the five best musicians”—and so that’s what BurnAlong gets into. And I think part of the appeal of the platform is the choice and is that online extension to the gyms.

Connect with Daniel on LinkedIn 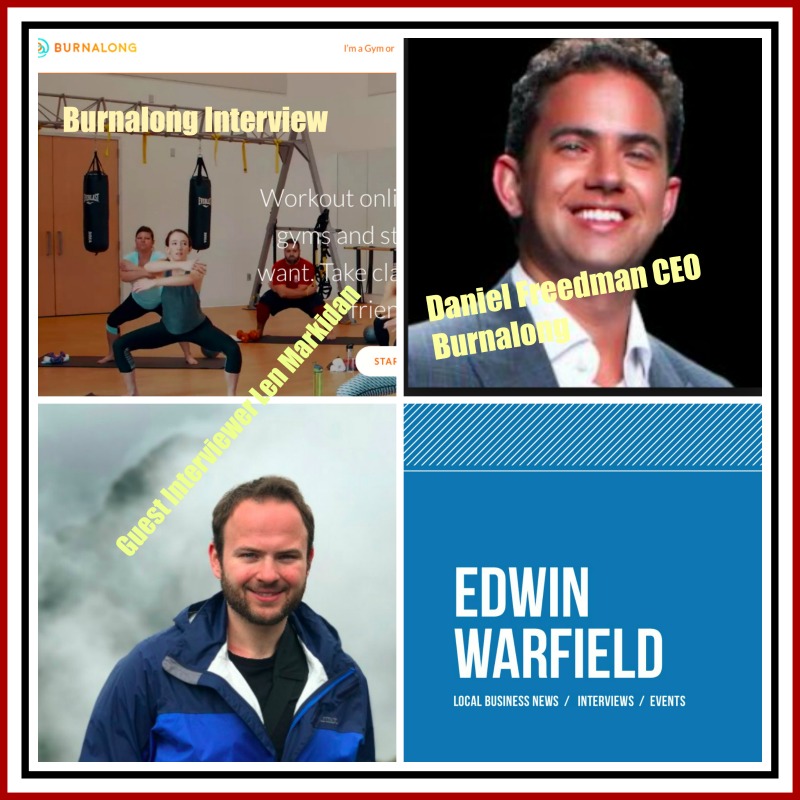 As a Maryland accounting firm, our mission is to provide the highest quality accounting, tax, financial and management consulting services to our regional clients. We understand the needs and challenges of our clients and we have made it our obligation to create, grow and protect their asset value.